The Election is Over and I am Holding a Grudge 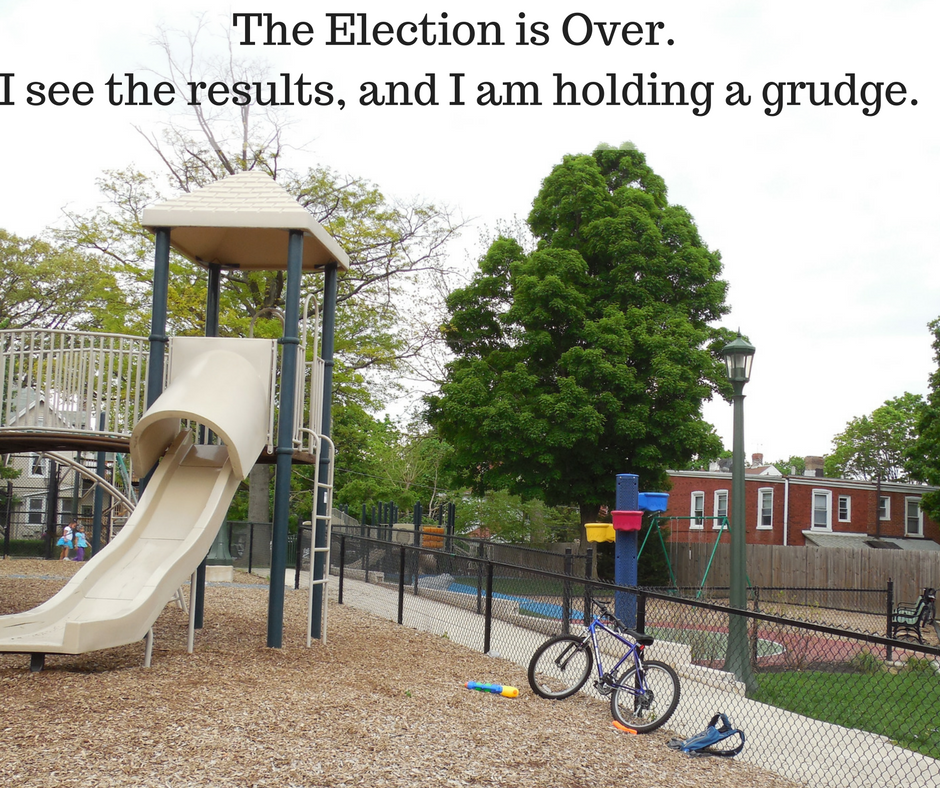 Today is November 9, 2016 and Donald Trump has won the 2016 presidential election. I am reading the poll results and reading what people say on the news and in social media. I will remember and I hold a grudge.

Your vote, every vote matters.

It is a wonderful right and privilege denied to many people all over the world. We are indeed blessed to have the opportunity. At the same time, it is important to note that our votes have a cost. When we vote yes for one thing, we are voting no for another thing. Donald Trump and his followers were crystal clear about their vision for the United States. They were crystal clear about what they thought of women like me, men like my husband and children like mine. They think we are lesser. They think we live in dirty inner cities where we fight gunshots on the way to the corner store to spend our welfare checks. In reality, my husband and I got married first, then moved in together, then had children. We are both faithful in our marriage to each other. We have graduate degrees and we own our own businesses. We are present and involved in our children’s lives. But, Trump never addressed African-Americans like us in his speeches about “The African-Americans.”

If you vote and your candidate is different from my candidate, that is your right as an American. I may judge you harshly and cut you out of my life because of your choice. But, you have the right to make that choice and I will respect the fact that you exercised that right. On the other hand, if you chose not to vote, I chose to be uninterested in anything you have to say about the results of the election. For me, everything in life is related to the election. So, if you chose not to vote, I do not want to hear your opinions or complaints on any topic. Every vote matters. Even the votes not cast matter and I am holding a grudge.
