Name It, Claim It, Attain It and Retain It 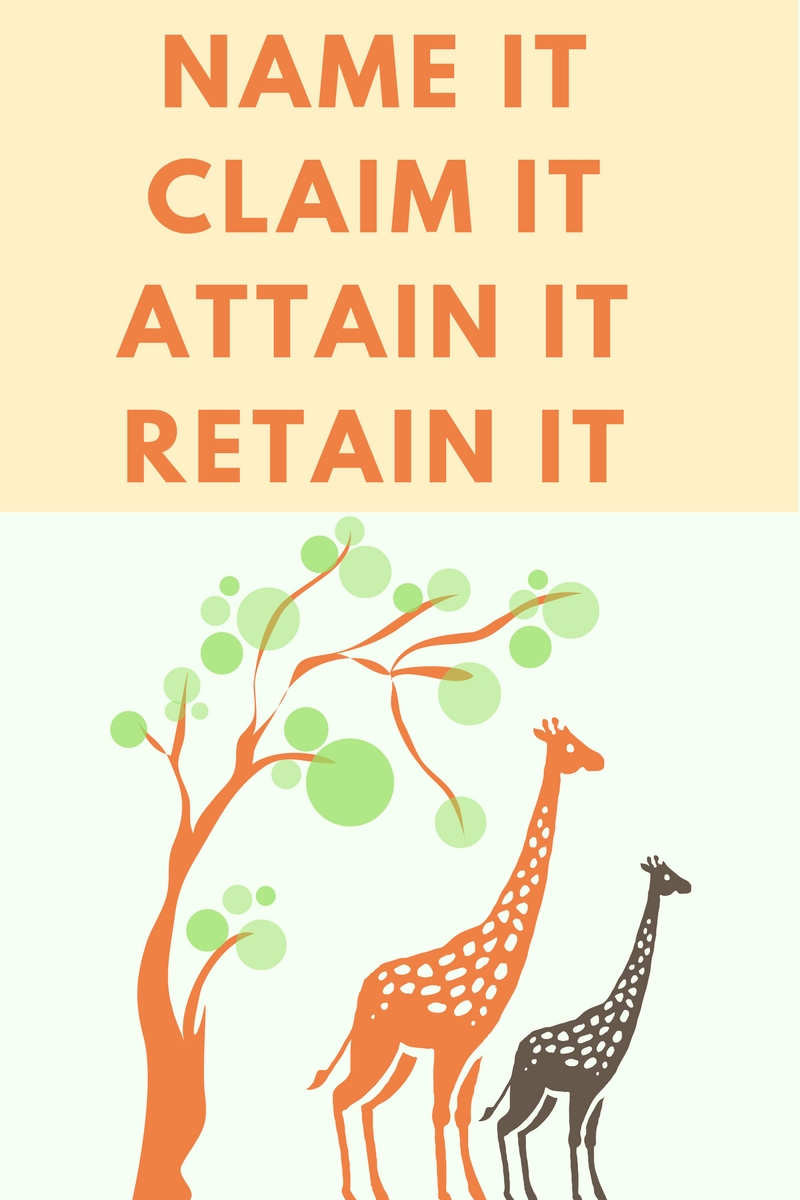 If you want to have a magnificent day, name it, claim it, attain it and then retain it!

Sometimes you have to make things happen yourself. Once in a while you wake up in the morning and instead of it being a magnificent day, it is just a day. However,you really need it to be a magnificent day. Some people think they are screwed on those days. Not me. I think those are the perfect days to use the name it, claim it, attain it and retain it system.

By that I mean give a voice to what it is you want- name the thing you wish to do, to acquire, to be. Next say to yourself that whatever it is that you have named is yours, it belongs to you, you possess it now. Claiming things is powerful and is a step toward being what you want and changing the world around you. Once you have named what you want and claimed it, you are on the road to attaining that thing. So take the steps do the work, do what you need to do in order take possession of what you desire. The final step is retention. Once you have named, claimed and attained the object of your desires, you retain it, hold onto the thing and live the life, be the person you have taken all the steps to become.

[Tweet ” If you want something, name it, claim it, attain it and then retain it.”]

It is easy to say, “name it, claim it, attain it and retain it.” The hard parts are doing it and believing you can do it. Be encouraged and know that difficulty level does not matter. The important part is that you do it, put in the work and make it happen. I am not going to give a pithy speech about the journey being the important part. I am not going to do that because when you are struggling to make things work, no one wants to hear that the destination is worth the price of the journey. I will instead share something I heard at church yesterday – there is no triumph without tribulation

.In other words, anything worth having is going to take time and hard hard work. Do not let the knowledge that hard work is necessary discourage you from doing the work that is necessary. Instead, step up, do the work  and keep pushing forward.

So the question for you this magnificent day is what do you want and when are you going to take action to name it, claim it and attain it. More than that, how are you going to retain it once you get it?