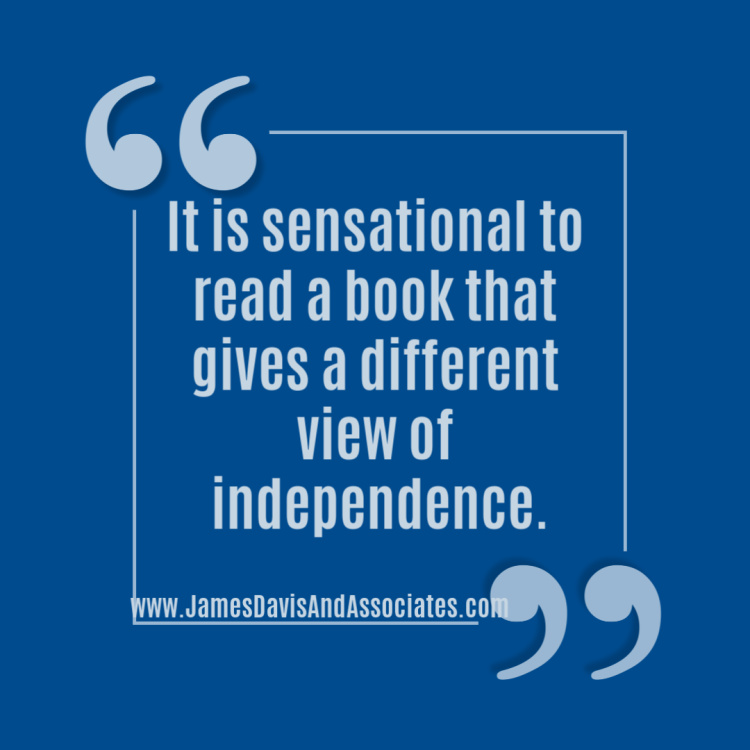 One of the great things about reading Sherlock Holmes again as an adult is seeing the stories in a whole new way.

It is sensational to read a book that gives a different view of independence. There are a few characters in books that I liked as a child and still like as an adult. One of those characters is Sherlock Holmes. When I was a child, Holmes seemed smart, interesting and weird. As an adult, I see Holmes as a one of a kind, smart, interesting and weird character. I interpret Holmes as an independent figure who says what he means, means what he says. I  like the fact that he does not bow to worldly conventions. There is an interesting independent edge that I see in the character of Sherlock Holmes.

Some will argue that Holmes is a know-it-all, self-centered, drug addict. I would agree with that assessment. At the same time, Holmes was an independent person. I like the way Holmes didn’t depend upon conventional wisdom, traditional methods or what was expected. Holmes used his intelligence and creativity to find answers to the problems he encountered. He invented scientific tests and potions never seen before in order to solve mysteries. Holmes was an independent thinker. Not only was Holmes an independent thinker, his bad habits, conceit, and one track mind caused him to be alone and physically independent.

Almost anyone can be independent in mind and spirit if one chooses that path. In order to be an independent character, figure out:

Once you know the answers to these questions you are in a position to be an independent thinker.   Independence is not the same as anarchy. Being independent means that you are able to think, act, and care for yourself. At the same time, an independent person knows that she lives in a world with other people and must follow societal laws and conventions. So, take the steps, be independent, but don’t crush anyone else’s independence while getting there.

In conclusion, it is sensational to read a book that gives a different view of independence. So, the question for you this sensational day is what is your favorite independent book character?