Power – It Doesn’t Have to Be a Bad Thing 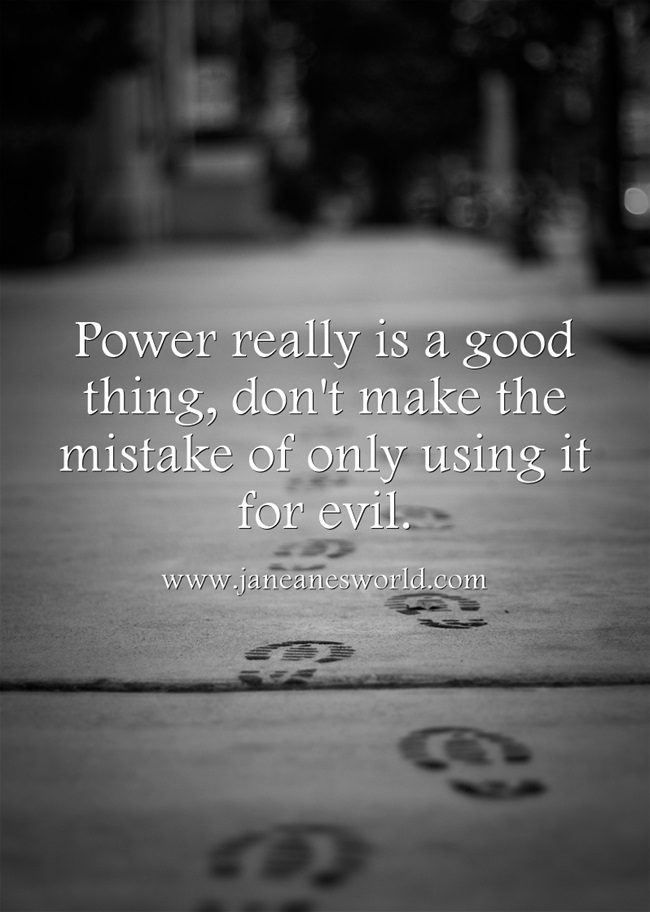 Robert Greene’s The 48 Laws of Power is relied upon by many people who are looking for ways to amass and increase their power base. Some people see the book as one of the best things ever written on the subject of power. Others see the book as a look at the worse side of the desire for the acquisition of power.

Power in and of itself is not an evil thing to be feared.

Power is a word that normally evokes an emotional response in those who hear it. At the same time, many people do not have a clear idea of the definition of power. One definition of power found in New Webster’s Collegiate Dictionary is the “ability or capacity to do something,” “control or dominion or a position of control, dominion or authority,” and “a person who exercises control, influence or authority.” These definitions, in and of themselves are not inherently negative, harmful or bad. This means that neither power itself or the exercise of power should be seen as negative or something to avoid or fear. 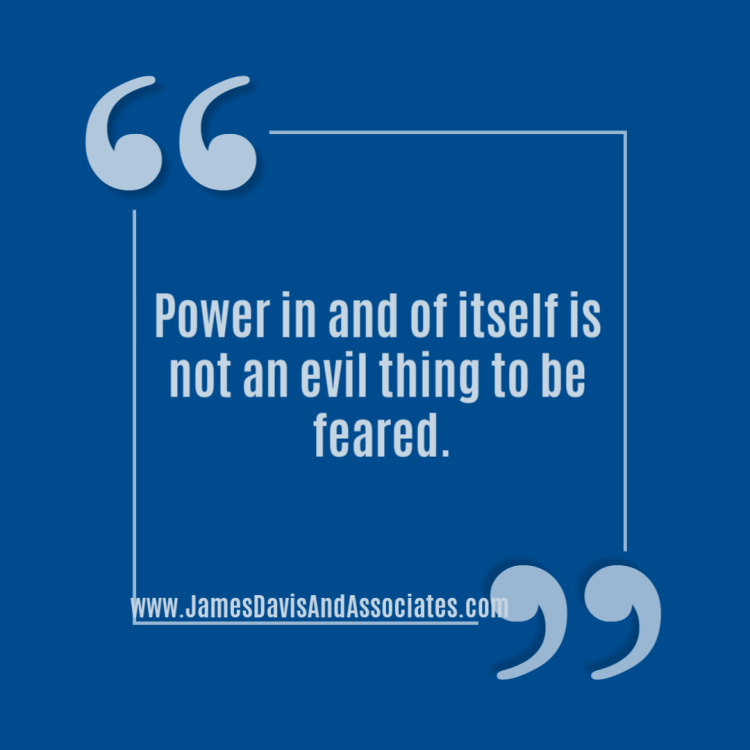 Some people, in fact, many people, have a great affinity for The 48 Laws of Power. I am not one of those people. This article is the first in a series of articles where I will be sharing other ideas on power and its application in the world of business. Whether you agree with The 48 Rules of Power or don’t there will be plenty here for you to find interesting and worthy of discussion. It is my hope that this series will help you to:

1. Have a proper appreciation for power.

2. Protect yourself from those who see and use power only in a negative way.

3. Realize that power can be a good thing that should be used to bring people together in the workplace rather than drive them apart.

Power, like many things, has a good side and a bad side so don’t let the bad side overwhelm you.

Many of The 48 Laws of Power seem good on the surface. The problem is that once you delve into them and start parsing the different sections a clear bias towards deception, lies and hurting others in order to obtain power emerges. I like power as much as the next person, but, I think you can obtain power without deceit, lies and destroying those that stand between you and the power you want.

2. Never put too much trust in friends, learn how to use enemies

5. So much depends on reputation – guard it with your life

6. Court attention at all costs

7. Get others to do the work for you, but always take the credit

8. Make other people come to you – use bait if necessary

9. Win through your actions, never through argument

10. Infection: avoid the unhappy and the unlucky

11. Learn to keep people dependent on you

12. Use selective honesty and generosity to disarm your victim

13. When asking for help, appeal to people’s self-interest, never to their mercy or gratitude

16. Use absence to increase respect and honor

17. Keep others in suspended terror: cultivate an air of unpredictability

18. Do not build fortresses to protect yourself – isolation is dangerous

19. Know who you’re dealing with – do not offend the wrong person

20. Do not commit to anyone

21. Play a sucker to catch a sucker – seem dumber than your mark

22. Use the surrender tactic: transform weakness into power

27. Play on people’s need to believe to create a cultlike following

31. Control the options: get others to play with the cards you deal

35. Master the art of timing

36. Disdain things you cannot have: ignoring them is the best revenge

39. Stir up waters to catch fish

42. Strike the shepherd and the sheep will scatter

43. Work on the hearts and minds of others

44. Disarm and infuriate with the mirror effect

45. Preach the need for change, but never reform too much at one

47. Do not go past the mark you aimed for; in victory learn when to stop

Power really is a good thing, don’t make the mistake of only using it for evil.

This series of articles on The 48 Laws of Power will be interesting and worth the time you will invest in reading them. As you read the articles, take a look at power in your own life, in your own business. Look at power in your life. Think about how you use power, how you get power, and what you do with your own power. The more comfortable you are with power, the more power is a regular part of life and not a scary thing, the better things will be for you.

As you look at the laws, which ones strike you as real and perfectly on target? Which was strike you as totally off base? Which ones, if any, do you hope are not true? Share your thoughts and ideas here in the comments below.