Respect Those in Authority at Work 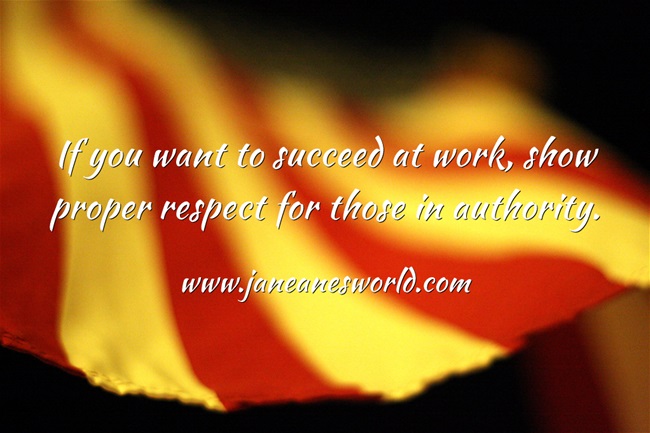 It is terrific to succeed at work by respecting those in authority.

Many people are at work complaining about how much they hate the supervisor, how stupid the boss is and how no one running the company has a good idea about anything. For these people, respect for those in authority is a foreign concept. It is no wonder that people with this attitude find it difficult to succeed in the workplace. It reminds me of a line from a Staples Singers song, “if you disrespect everyone that you run into, how in the world do you expect anyone to respect you?”

I often hear people say that respect is earned, not given. This is simply not true. Respect is owed. Children owe their parents respect. Spouses owe one another respect. Employees owe their employers and supervisors respect. Respect must be given because it is owed. It does not matter that respect can be lost or that it is not earned by the recipient.