Something New for Dinner -Take it Outside 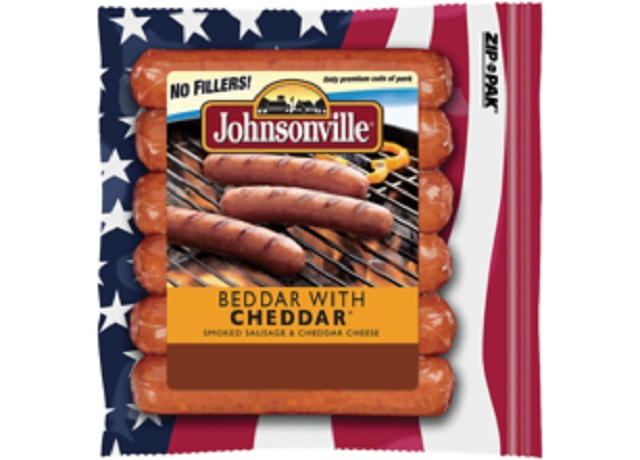 This blog post is sponsored by Johnsonville Sausage who inspired my son and I to create a new recipe. It is thrilling to take an old recipe and jazz it up with a new twist using Johnsonville Fully Cooked Sausage.  Like many WAHMs (Work At Home Moms) it is my job to cook dinner for my family at the end of most days. Some days I have time to make big productions and some days getting sandwiches into the  children before the next activity is an almost impossible task. Good quality, pre-cooked meals make this impossible task easier to handle.

I have a family full of cheese lovers so when given the opportunity to choose whatever I wanted from Johnsonville’s 22 varieties of sausage products I picked the Beddar with Cheddar Smoked Sausage Links. With the help of my son, I was able to kick up potato skins a notch. Then to make the treat  even better, we ate outside in the cool evening air. We started with some basic russett potatoes. My son (the cheese lover) washed the potatoes, put a little salt on the skins. Because we wanted to get outside quickly, he microwaved them for 15 minutes until they were perfectly soft.

While the potatoes were cooking I put the Johnsonville Beddar  with Cheddar Smoked Sausage Links on the grill to get them heated up and put a nice crispy skin on them.  As the sausages cooked on the grill the smell filled the kitchen with such a great smell. I also heard the sizzle as the cheese inside the sausages began to slip out.  When I took the sausages off the grill they looked so good. My son and I were tempted to eat the sausages and forget the new recipe we wanted to try. But, we remained strong. It was easy to remain strong with the twins in the living room asking “When will my sausages be ready?” 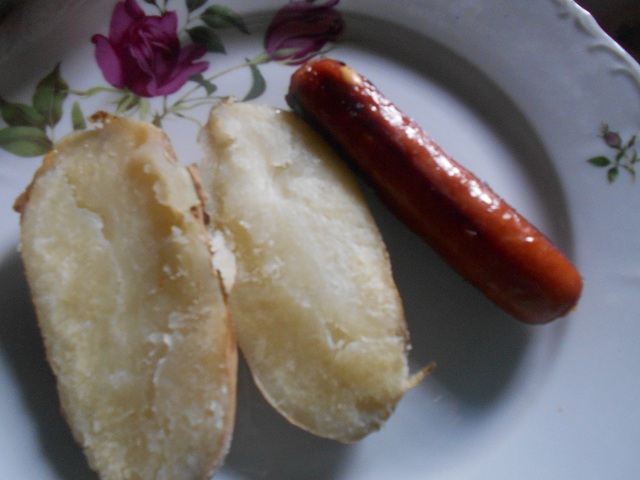 We scooped out the middle of the potatoes to save for later. (Ok, we wanted to save the insides for later, but the kids kept eating the potatoes as I scooped them out.)  I sliced the sausages into bite sized pieces and got out some good cheddar cheese. 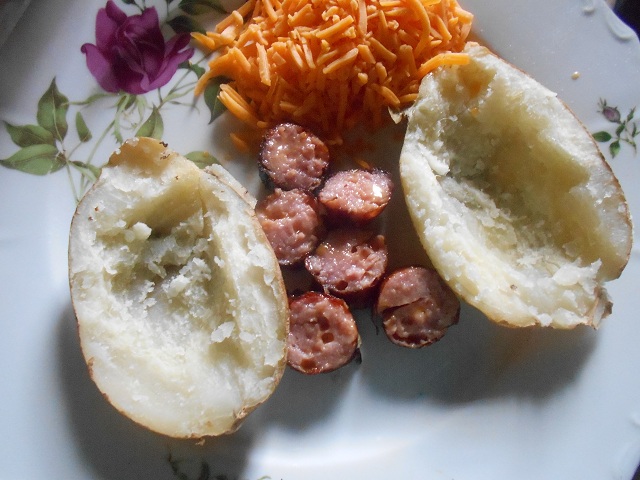 I filled the hollowed out potatoes with cheddar cheese then added the Johnsonville Beddar with Cheddar Smoked Sausage Links on top of the cheese. We put the potatoes with the cheese and sausage under the broiler for three minutes to get a little better melt on the cheese. 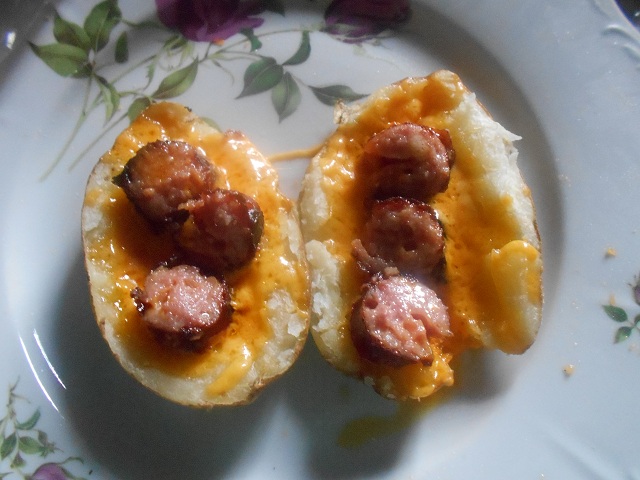 These new potato skins were a big hit as we sat around outside enjoying the cool evening air after a long hot day. This sausage version was a really nice improvement on the traditional version. What we all liked was the the sausage was moist and juicy. The cheese inside the sausage was a nice compliment to the cheese inside the potatoes. This was a great treat to eat outdoors because you could treat it like finger food or get sophisticated with the knife and fork. No matter which way we ate, all the plates looked the same at the end of the meal, empty! 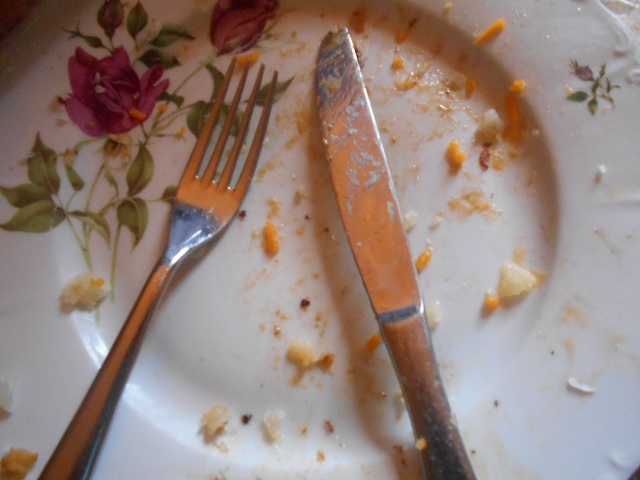 Johnsonville Sausages have been served with pride by families across the United States since 1945. What my family and I discovered is that Johnsonville Fully Cooked Sausages are packed with flavor. Those of you who are about what goes into your food will be happy to learn that Johnsonville uses absolutely no fillers for a juicy texture and bite. These sausages are made using only premium cuts of pork to pack in the real flavor.

The good news for my family is that  is we have a package of Andouille Split Rope Sausage still in the refrigerator and lots of beautiful summer weather left to enjoy outside.  I wonder what recipe the kids will come up with next! In conclusion, it is It is thrilling to take an old recipe and jazz it up with a new twist. So, the question for you this thrilling day is, how can you make dinner a little more interesting for your family tonight?