Sometimes Your Kid is a Rapist and a Monster 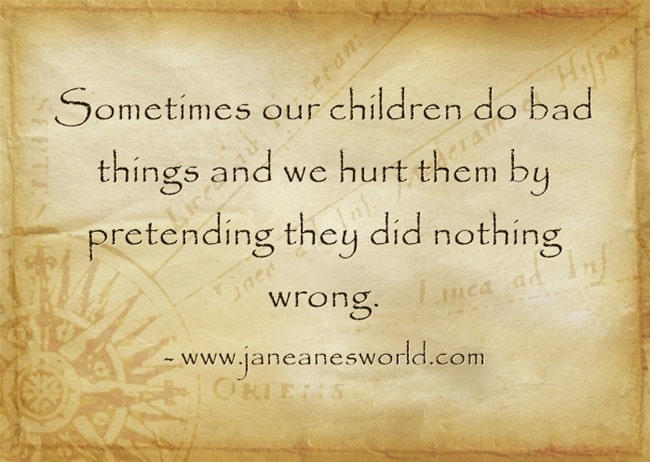 If your kid is a monster, stop pretending he is a saint. As parents, one of our jobs is to advocate for our children. I believe that so strongly I wrote a book about it – How to Advocate for Your Children to Succeed. However, when you advocate for your children, be careful not to cross the line to condoning their bad behavior.

Never try to convince others that the wrong done by your children is actually right.

The news is all abuzz with stories about convicted rapist, Brock Turner. He is the convicted rapist who was caught in the act of raping an unconscious woman behind a dumpster. His case, which was bad enough on its own, was even more repugnant because he was given a sentence of merely 6 months in prison and is set to be released after a scant 3 months. Another factor that made his conviction more revolting was the letter his father wrote to the judge in the case requesting leniency in part because “20 minutes of action” was too insignificant to be worthy of harsh punishment. Today I read a letter that the convicted rapist’s mother wrote to the judge and was disgusted yet again.

In her letter, Carleen Turner wrote that her son “has always been very easy-going, kind, considerate, and respectful.” I was disgusted when I read these words. In my world, men, even young men who are easy-going, kind, considerate and respectful do not rape unconscious women. Let’s start the discussion with some basic definitions of terms that will be used in this article so we can all be on one accord. The basic terms we will be working with are:

Considerate, according to Webster’s Dictionary, is an adjective that is used to describe behavior that is circumspect, thoughtful of the rights and feelings of another.

Respectful, according to dictionary.com is an adjective that is used to define behavior that is characterized by respect, full of outward civility. It also encompasses behavior that is morally correct.

Rape is both a noun and a verb. When used as a noun, according to the United States Department of Justice, rape is: “The penetration, no matter how slight, of the vagina or anus with any body part or object, or oral penetration by a sex organ of another person, without the consent of the victim.”

Rapist is the name commonly given to a person who performs a rape. Rapists are not kind, considerate or respectful.

When one looks at these common definitions for kind, considerate and respectful one word that never comes to mind is rape. One type of person that one would never expect to be used to describe someone who was caught in the act of raping an unconscious woman and then convicted of that horrific crime

Read the text of Carleen Turner’s letter to the judge after her son was convicted of rape.

In her letter to the judge, Carleen Turner stated that after the horror of hearing that the son she described as trustworthy and honest was accused of rape she has not been able to decorate her new home or hang anything on the walls. Perhaps that is how things should be. When our children do horrible unspeakable things, we should take time to pause, reflect and think.