Stop Procrastination – Finish What You Start 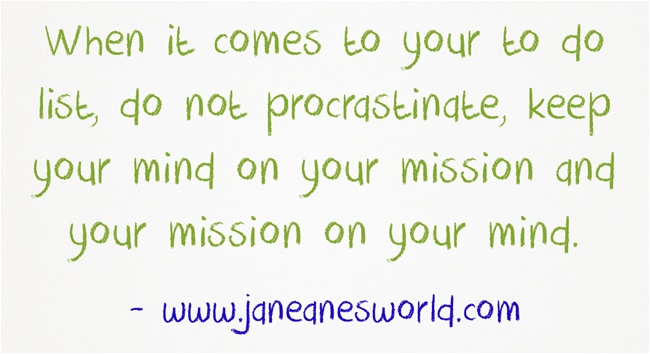 It is terrific to know you can beat procrastination if you finish what you start.

Procrastination is that thing that causes us to put off until some future date the things we should be doing today. Procrastination hurts productivity, profitability, and self-esteem. One way to kick procrastination in the butt is to finish what you start. Instead of starting and stopping many jobs during the day, pick a job, start it and stick with it until it is done.

For most people, the to-do list is long and ever-growing. Sometimes it seems as if nothing ever leaves the list because so much time is spent adding things to the list. In order to control procrastination, one must not be afraid of one’s to-do list. When a person is controlled by her to do list she starts one thing, then sees another important task, so drops the first and goes back to the second then another fire comes out that needs attention. That first task is still sitting there undone, half done and is now a mess. So, she procrastinates and starts the cycle again with another task. At the end of the day, she looks back at her to do list and sees a bunch of half done tasks that she can not stand to see. 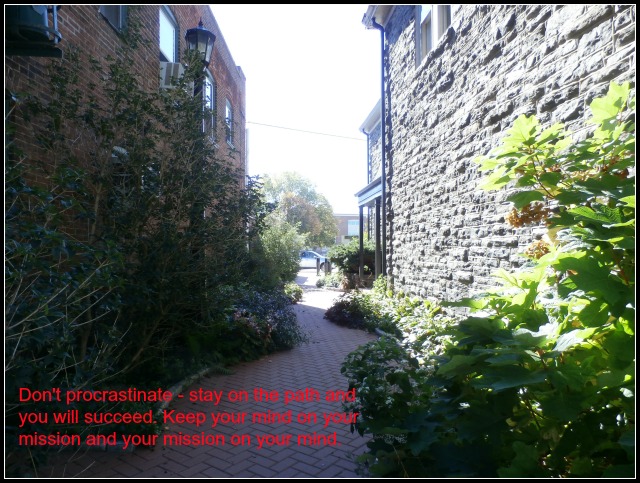 Solve the Problem In Your Own Time – Don’t Rush It

Push Yourself and Stop Procrastination

Motivate Yourself and Stop Procrastination