He Told Me: “I Had Nothing Better to Do”

You can find serenity in building a love that stands the tests of time, in-laws and children.

The last statement was something he said once during an argument when I asked him why he married me. At first, I was upset with his response. What did he mean he had nothing better to do? I got a major attitude. He tried to calm me down and get me to listen to his explanation. But, I was not having it. Then, all of a sudden, I got it. I realized he had given me a wonderful compliment. What Darren was trying to explain to me was, that of all the things in the world that he could have been doing, there was no option better than choosing to share his life with me.

When we got married all those years ago, Darren was the perfect tall dark, and handsome figure. He had a decent job, was a college student and had the whole world before him. In other words, this was a man with many options before him. He did not have to get married, he chose to get married. In addition, since he was a major hottie, there were plenty of women who would have loved to marry him. This I know, because I had more than one tell me. However, even with all the choices available to him, there was nothing he could think of on March 31, 1990, that was better than marrying me. In my mind that is good stuff!

Twenty-seven years have come and gone since our wedding day. A lifetime of things have taken place. We have lost parents and grandparents. We have gained and lost children. We have had the for richer, for poorer, in sickness and on health and the for better or for worse talked about in our wedding vows. We have lived in apartments and houses and in the city and in the suburbs. We have been so busy we saw each other only a few minutes per day and we have been around each other twenty-four hours per day for years at a time.

Some things have changed over the years. Instead of our home being a cozy apartment for two,  it is a crowded house of six with two pets. We no longer get up at 3 am just to drive to New York for hamburgers. Hugs and kisses get interrupted by little voices saying, “Ewwwww, that is nasty.” Spending plans now include school supplies,  children’s toys and lots of bandages. Television programs now get switched quickly with the approach of little feet in the night. Instead of fighting each other for sheets and blankets, we now must join forces against the attack of twin fingers and stinky feet. 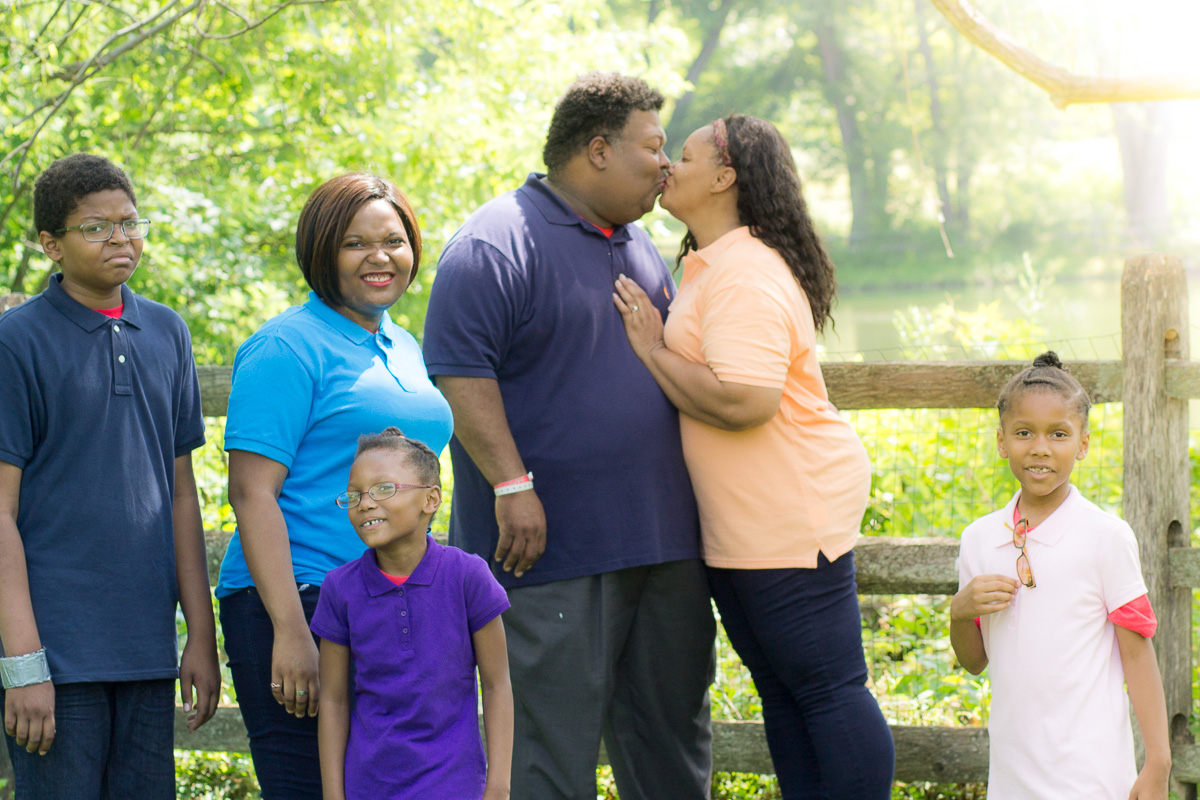 When I think about love, romance, and companionship that starts when people are young and lasts way past them being old, I think of Darren’s kind of love. Over the years, the two of us have grown and developed. The people we were at nineteen and twenty-four are different from the people we were when we married at twenty-three and twenty-eight. Now at fifty and fifty-five we are different from the young kids who got married all those years ago. However, some things have remained and grown stronger:

The things Darren did twenty-seven years ago that got on my nerves, still get on my nerves. I still do not like it when I ask him if it is raining and have to listen to the history of precipitation before getting my answer. I still don’t like it when he gets bossy. The sweet things he did back then to make me smile, still make me smile. He still knows I will forgive almost any offense if the apology is accompanied by a ball of yarn or a book. I like that he still doesn’t like to see me cry and is always my hero. The way he has always adopted my dreams as his own and believed in every venture I undertake still fills me with indescribable joy.

In conclusion, I am thrilled by the fact that after all these years, I have a husband who had nothing better to do than marry me and spend his life with me. So, the question for you this serene day is what is your recipe for building a love that lasts?

Click here to check out a story about the line Darren used to hook me forever the day we first met.