Walking in the Rain or Does Race Matter 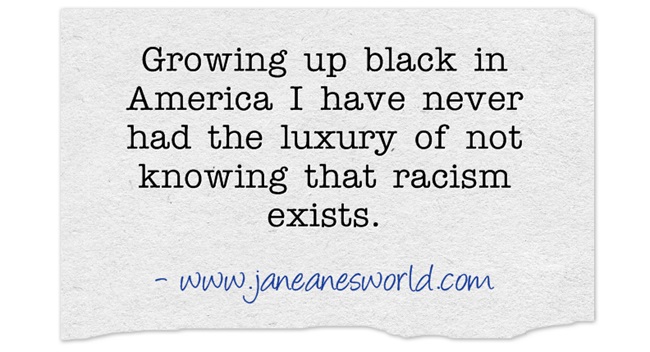 It is terrific to live in a world where two friends can talk about race and laugh.

Note: I originally wrote about this story in June of 2013. A few years later in 2016 my friend and I had a similar experience walking to a blogging event in New York City. I don’t know why she and I only get together on rainy days for blogging events. Interestingly, this story is still relevant today a more than four years after the original event.
Last week I attended an event for bloggers in center city Philadelphia. I really did not want to go alone so I was happy when my friend said we should meet at the train station and ride into the city together. We met at the train station, chit chatted on the ride down and while walking down the street. It was the start of a nice evening out.

I was dressed in my favorite black suit and carried a large black umbrella because the forecast called for rain. My friend had on a nice black outfit as well. I have to admit, we looked GOOD! When we came out of the train station, the rain was steady so I pulled out the umbrella. I am taller than my friend and had on a suit jacket while she was sleeveless so I held the umbrella. I have walked in the rain with an umbrella with my kids too many times to let a shorter person be in charge of the umbrella.

As we walked along, I was cautious about crossing only at the corner and only at the light because I am still a little nervous from a recent hit and run accident that seriously injured one of my daughters. While I was trying to walk and appear brave and confident, my friend was dealing with some issues of her own that I found out about later.

We attended the program, learned some things, networked with friends and new acquaintances. As we prepared to leave the building my friend insisted that she was going to carry the umbrella. I did not want the shorter person to carry the umbrella so I said I would do it. She said, there was no way she was letting me carry the umbrella. I then listened while she told two other bloggers who were leaving with us that the whole way from the train station to the conference location she had been subjected to mean looks, stares, and unpleasantness.

I am a black woman, a Christian, wife, mother and one of those Liberals Republicans warn their children about. My friend is a white, Christian, woman, wife, mother and a Republican. So we have a lot in common and a lot that is different. However, that night, it seems that all we were was black and white. I have lived my whole life as a black female. This means I am used to stares when I go into certain neighborhoods and even certain stores. I have gone into courtrooms with my best suit, fancy pumps and briefcase and had court employees assume I was a defendant rather than the attorney. I have had people ask me about my “baby’s daddy” and had to tell them that I did not have a “baby daddy” I had a husband and my children had a father.

Growing up black in America I have never had the luxury of not knowing that racism exists. Instead, I have lived a life knowing that racism is there and living my life around it and in spite of it. My friend was scarred by our experience with the umbrella. It was a sad time for her. For me, it was just Friday.

In conclusion, it is terrific to live in a world where two friends can talk about race and laugh. So, the question for you this terrific day is, do you ever discuss race with your friends?

Everyone Loves a Compliment