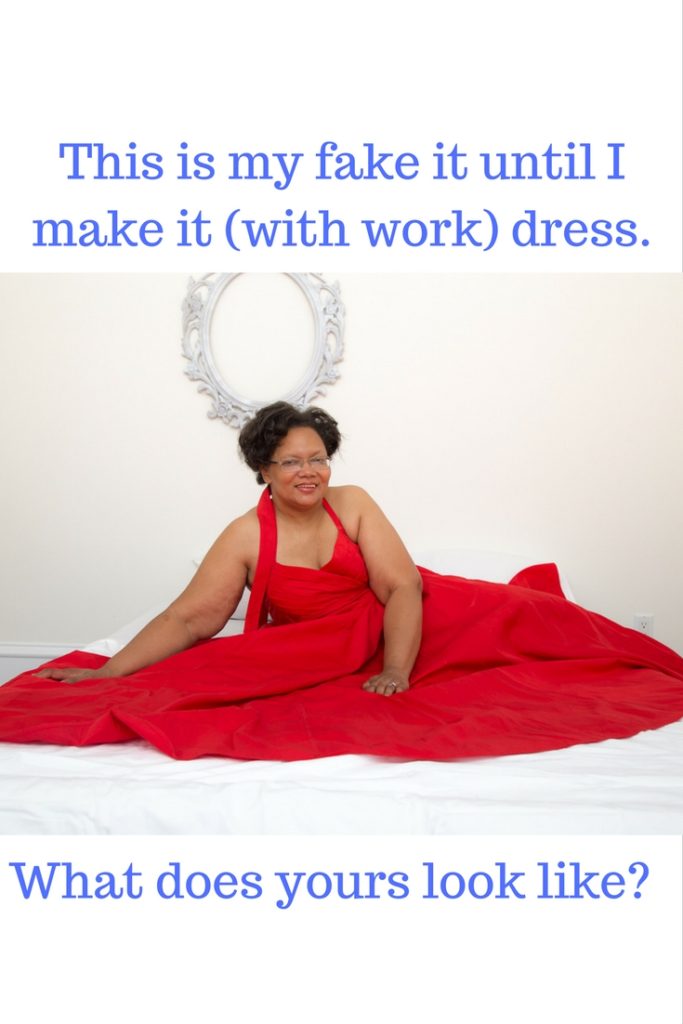 Sometimes in life you have to fake it until you make it, but when you do, put in the work. Being confident in life is a three-part procedure that starts before you get out of bed in the morning. First, you put on your big girl panties and decide you are a confident person. Second, you put on your fake it until you make it (with work) dress by behaving as if you are confident. Third, put on your accessories, which are the clichés that will get you pumped up and keep you going when things get hard or go wrong.

The All Important Step Two: Put on Your Fake It Until You Make It (With Work) Dress

Read More: Creating Confidence – You Can Do It

The fake it until you make it (with work) dress is a dress you see in your mind, it is similar to a suit of armor in that it is something you put on to protect yourself and get ready you for battle. It is the perfect accompaniment to your big girl panties. I advise people to fake it until they make it (with work) because experience has shown me that people can do whatever it is they want to do if they just picture themselves having accomplished the task. These people can do the thing they are afraid of, they just don’t realize it. If instead of being hesitant and afraid to move, these people would just start doing the thing they are afraid of, their confidence would be rewarded. The reward is the confidence they seek and it is found at the end of the road.

[Tweet “If you want to be confident, put on your fake it until you make it with work dress and get moving!”]

The next time you encounter something that is hard and scary, just start behaving as if you can do it. In the end, you will find that you are actually doing the thing you are afraid to do. The fake it (with work) until you make it has turned into confidence and accomplishment.