Reputation Matters at Work and at Home 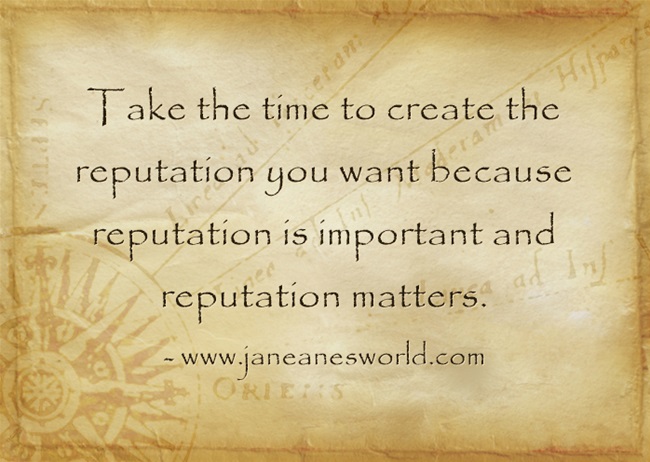 It is fantastic to realize when it comes to your life at work and home, reputation matters. Reputation is what people think of you, how people refer to you when you are not around. It is common for people to take care to be sure they have a good reputation at work. Often, little attention is paid to the reputation one has at home.  This is a mistake. No matter if at home or at work, reputation matters a great deal.

Recently I the movie Jack Reacher. In the movie, a man was accused of committing a horrific mass killing. The police questioned the man to try to get him to confess to the crime. The accused man refused to comment in any way except to say that the authorities should find Jack Reacher. Initially, the police and the accused’s attorney thought the accused wanted Reacher because he knew they were friends.  This was not the case. In fact, Reacher hated the accused and had nothing good to say about him.  Over the course of the movie we came to learn quite a few things bout Jack Reacher. We learned he had been a criminal investigator. Reacher was tenacious, did not shy away from a fight and would find the truth, no matter, no matter the parties involved or the politics. Reacher had a reputation and reputation matters.

Satisfaction Comes from the Job and the Family

Work/Life Balance – Do Your Home Work At Home